Note: You can read Diffusion #01 here.

I have come to a conclusion that people in Mumbai need to calm down, especially on the road. As I drive everyday to and from work, I have been noticing certain oddities about what people do on the road, while driving. I hope you know that I like making inane observations and pissing people off in general.

I have complied these short-stories for months, so there will be abrupt endings and loose ends and the stories won’t segue well. That’s how I roll now, apparently.

Today’s question is about driving. Yes, the title is a giveaway.

Driving is easy, right? I mean it’s a simple concept. You hit the right most paddle of your car until somebody ahead stops. When that happens, you hit the brakes. It’s really simple. Right? All you essentially have to do is drive, DRIVE as fast as you possibly can when the green light is on. The green light means that there is no oncoming traffic, right?

But there are people who stop randomly when the light is still green and think about what their next move should be. What mental trauma have these people been through? We will learn about this and more today in this rant..

I think, women need to chill out when they’re driving. The constant stopping and trying to switch lanes doesn’t really work well for them. I know I am stereotyping. Don’t tell me that your mom can drive well, I don’t care about your mom. 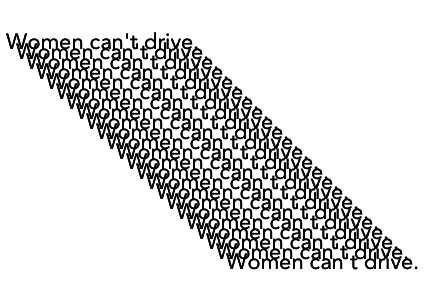 Here is an excerpt from one of my older posts:

“Ever been in an aircraft, which is being flown, by a woman? Sounds sexist? I am sorry, but I’d rather be sexist than be dead. Have you even seen Gravity? Have you people learnt nothing? The whole movie pretty much summed up the idea that a woman can’t drive. Bullock couldn’t even ride something without wheels. Think about that for a second.

“I crashed all the simulators” - Ryan Stone (Sandra Bullock), Gravity.

Statistics have proven repeatedly that women can’t drive kinda like how men don’t get pregnant. Deal with it.” - Flying Sucks

At Juhu Circle today, I could see my house for 20 minutes but couldn’t get there because I was on the opposite side and I had to take a U-Turn. Most of the problems related to the traffic congestions in the suburban side of Bombay exist because of rickshaws. (Those three-wheeler trash-can-looking-things which create more noise pollution than a Punjabi wedding) I don’t understand what kind of a demented soul would have thought of introducing rickshaws in this city. Rickshaws are not even cheap, they are convenient but they are useless during rains and they don’t give a shit about following the traffic laws. They also don’t give a shit about anything. They are also extremely slow-moving-objects and the fact is that statistics have proven time and again that they are essentially the cause of 80% of the divorces and other marital problems in this city. The only folks who deserve rickshaws are the one’s who stay in Powai. (Which brings me to the fact that the reason most people hate Powai is not because it’s outrageously stupidly planned or because it’s got more posers than Lokhandwala. It’s because it’s just really far and nobody cares about that part of the city. All of you people who stay there and think that you would rather be there than the western side of Mumbai are the same people who like Thane and want to grow up to be “photoshop experts”.) 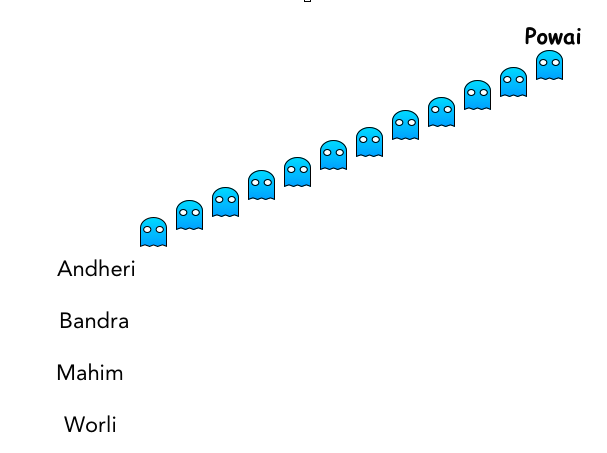 Saw an old guy driving today. It was like taking a video on the iPhone in slo-mo at 240 FPS. If you are above 70, please stop embarrassing yourself and get a driver. You can’t drive. You are done. You should have earned enough to have a driver at this point in your life, no? Or well, it’s the least your US-return MBA kid could do for you, right? You guys driving causes mental trauma to everybody around. Don’t do this to the people of this city, they’ve been extremely kind to you. We know you love your Maruti 800, but you could go out at like 6 in the morning when nobody gives a shit, right? Why would you do purposely drive so slowly that I could theoretically get out of my car, walk till your car and beat you with a stick? You make me that guy who keeps honking on the road. I hate being that guy. I know the reason why you old folks drive so slowly is because you fart every five seconds but that is not a good enough reason to make me 30 minutes late for my meeting, k? 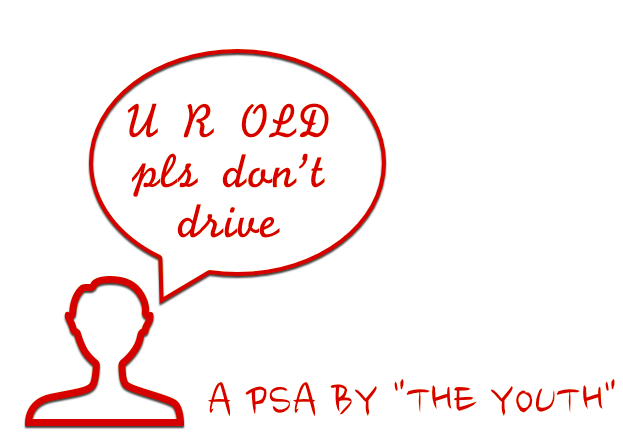 I was driving at 60 kmph and there was a dude honking behind me for thirty seconds. I am a nice guy, so I started honking too, at the empty road ahead which seems to have made him realise what a retarded thing he was doing. I hate these people not because they honk but because even when you give them way, they get confused and continue honking. These guys are the same folks who go to lunch with other people, order something and still eat from the other person’s plate. Douchebags. These. Nachos. Are. Not. Yours. 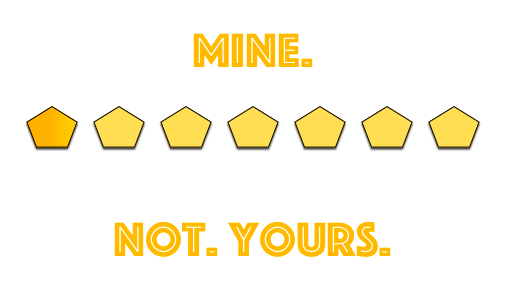 Saw a biker trying to squeeze himself between my car and the other car on the left side. I hope he knows he is going to die on that thing if he keeps doing shit like this. Everybody knows you are going to reach to your destination faster than me. You are on a bike. Do you understand what that means? If somebody hits you with their car: You will die. That’s it. Boom, done. Game. Over.

Stop trying to impress the girl in the other car, she can’t even see your face, you’re wearing a helmet. Oh and just because you have a Royal Enfield that doesn’t entitle you to keep revving it all the time, you are an asshole for doing that and I hope your phone falls from your hand in the middle of the road and a Toyota Fortuner runs over it. Dipshit. 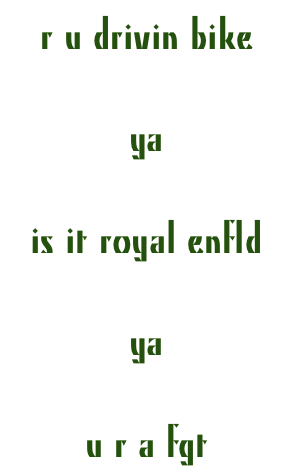 Saw an 18-something year old texting while driving today on the highway. That dude wasn’t bothered about the traffic or anybody else except the conversation he was having. He kept stopping randomly, which clearly indicated that I needed to honk to make him stop texting. I did that but that didn’t help. He moved the conversation from texting to Snapchatting, probably. I hope when people like him get into a fatal accident, the ambulance dude isn’t ‘getting it on’ with his bae or else it wouldn’t end well, would it? 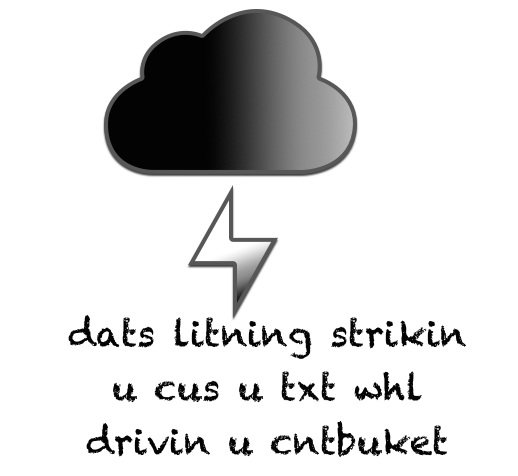 Honourable mention: Mid 20’s guy in his yellow Tata Nano trying to overtake my car on the Rajiv Gandhi Bandra - Worli Sea Link. Seriously, dude? Your car maxes out at 120 kmph. You shouldn’t even be allowed on the Sea-Link, bro. They should change the board which says “No 2-wheeler and 3-wheeler” to “No 2-wheeler, no 3-wheeler and no Tata Nano’s”. Faggot, your car doesn’t even have a glovebox. WHY are you even trying? 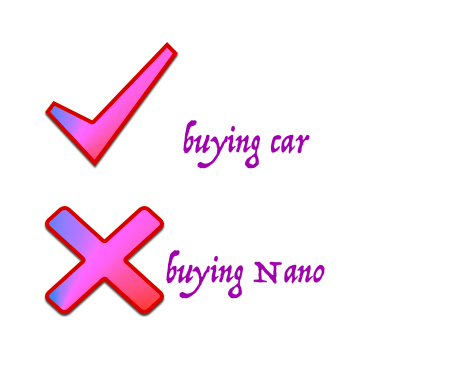 TL;DR: Public transport is horseshit. Ranted about it last time too

The big red boxes which run from various points connecting almost every part of the city is tediously old, slow and smell like dead fishes when you climb in. In a humid city like Mumbai, these buses run without any fans or air-conditioners to help keep it economically feasible (Yet the operators of the bus make losses, quarter after quarter) I am not touching that shit with a pole. They have AC buses which are purple in color but those have been disappearing quicker than iPhone 6’s from stores.

I don’t like talking about the trains because I end up using a whole bottle of Dettol’s sanitizer as soon as I walk into the station which means that other modes of transport are indirectly cheaper. I also don’t like people touching my butt or other random parts of my body when I am travelling. Also the trains in Mumbai make you feel like you are a caged animal being transported from one place to another. Travelling was supposed to be fun but than everybody decided to move to this city and ruin everything for the people who actually pay taxes.

Elevated metro is horsecrap because it creates a nuisance value for the people who reside near the stations or the tracks. Unlike other cities, Mumbai’s geography doesn’t allow it to have wider roads. Hence, everything is already messed up and elevated metro lines don’t help. Underground metro is being started and will be completed by 2020 which will connect SEEPZ (Something which isn’t even Andheri) to Colaba which means it’ll be hell to travel on the already screwed up Western Express Highway (Which is in the east, just by the way) for the next 5-10 years = Way more inane observations about traffic in the coming years. A win-win situation for everybody!

A friend linked me to this rant-video from JLE on YouTube which makes extremely similar points. It’s quite freaky to watch it after I re-read what I wrote.

TL;DR: Stay at home and don’t go to Juhu Circle.

I like to believe that every person makes mistakes and sometimes those mistakes cannot be controlled by governance. I like to remember our prime minister as somebody who made extremely important decisions in his first tenure and I would... Continue →